ARNDT, a gallery that focuses its attention on art of Asia and the Pacific region, has dedicated its two spaces to “WASAK! Filipino Art Today”. The exhibition is divided across between its flagship space, ARNDT Potsdamer Straße 96, and the newer ARNDT ART AGENCY A3 in Fasanenstraße 28. A3, in the Charlottenburg area of the city, provides dedicated support for the artists managed by the agency, including several of the exhibitors in this show.

“WASAK!”, curated by Norman Crisologo and Erwin Romulo, comprises 19 Filipino artists. These are: 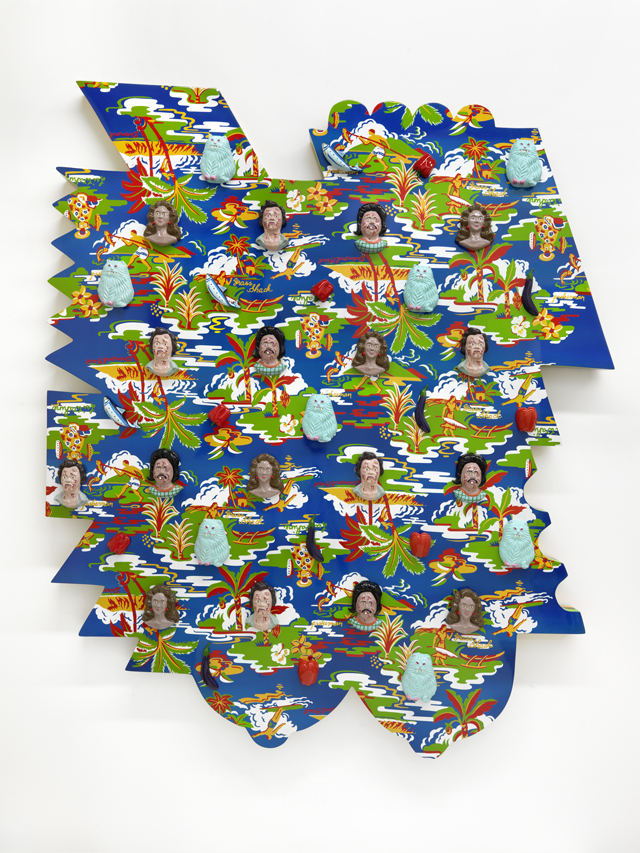 The exhibition aims to give a platform to the eclectic, contemporary visual culture of the Philippines, a country whose art landscape gets little exposure in the West. After the positive reception to the exhibition “Manila: The Night is Restless, The Day is Scornful” at ARNDT Singapore in 2014, curated by Norman Crisologo, “WASAK!” continues the task of familiarising new audiences with the versatility of Filipino art.

This time the work is re-contextualised to find new meaning, within a new culture, through the eyes of Western spectators. Viewers are offered a snippet of contemporary artistic trends in the Philippines, drawn from different media, genres and generations.

The artistic concerns stem from a shared political and cultural history that has seen a past disheveled by social and political turmoil. The press release for the exhibition reveals more:

Most of the artists reached maturity grappling with local events that transpired between: natural disasters like earthquakes and flood; political unrest in the form of a coup d’état and calls for presidential impeachments; political ineptitude in the form of corruption and briberies; and the longstanding battle with poverty and urban overpopulation. Most of these artists have nurtured or fed their ideas into the reality that is Manila — the nation’s capital, from where the most pronounced or provocative influences appear.

The title of the exhibition “WASAK!” is the Filipino word for ‘in ruins’ and can be vernacularly interpreted to mean ‘wrecked’ or ‘going for broke’. Through another context, the word indicates ‘shattering’. Consciousness, culture and tradition gradually fragment and fuse and give rise to a heterogeneous culture, which is as diverse as it is similar. It is the scattered geography of the Philippines, an archipelago of more than 7,000 islands, which gives birth to a distinct visual culture.

Within this discursive space, it stands to question what Filipino art has come to mean. Filipino art critic Leo Benesa famously pondered: “What is ‘Philippine’ in Philippine art?”. He concluded that the foremost quality in Filipino artists is to be aesthetes first, and message bearers later. The exhibited works command a similar perspective; the intention of the artists is given precedence over looking at the works as representative of a socio-historical period or a movement.

The represented artists have mostly exhibited painting as their medium of choice, with a few exceptions of assemblages and sculpture. The works evade categorisation and are driven by the artists’ purpose to create, rather than by the need to conform to a category of art or fulfill a socio-political agenda. According to the press release of the exhibition, it is important

To try to understand, before anything else, that their intention is to do something which is relevant for them, before handing out a prognosis that casts them as representatives of an aesthetic sensibility, a socio-historical period, or worse, a movement.

From emerging to established Filipino artists

Some of the artists are familiar names in the canon of Filipino art and have put Filipino art on the international art stage. Artists such as Manuel Ocampo (b. 1965) have been long established in the West. In the 1980s Ocampo was entrenched in the Los Angeles art scene, before he moved back to the Philippines in 2003. His graphic style has been described as hard-edged, antagonistic and irreverent. In the past, Ocampo has played with iconography and symbols, reversing meaning; his work has flirted with sacrilege and the taboo. His recent body of work features more disassociated codes and uncategorised juxtapositions. 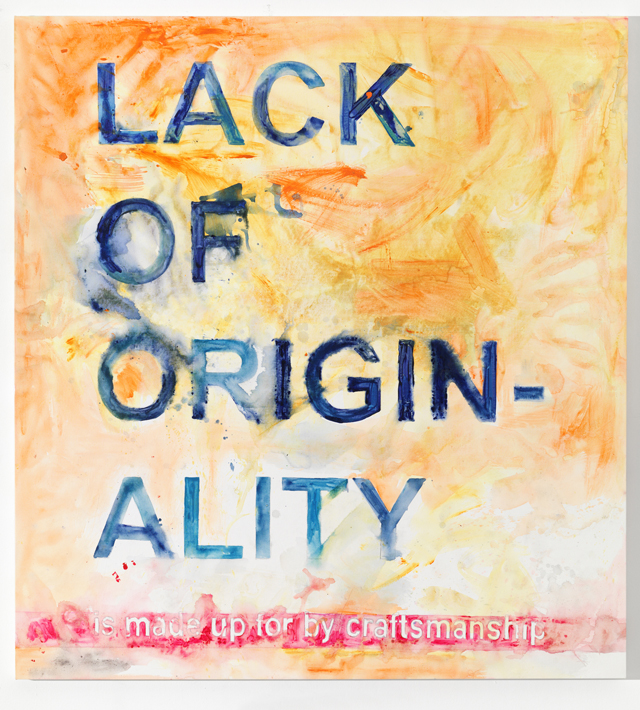 On the other hand, artists like Jigger Cruz (b. 1984) experiment with the more formal qualities of art. His work employs media such as painting, sculpture and installations, to engage with questions related to relationships in shapes, pigments and forms that deal with the materiality of art. Cruz, a colour blind artist, explores his own colour sensitivity, to produce large-scale tactile and sensorial works.

Also on view are younger artists, who represent the contemporary visual culture of the Philippines. Nona Garcia (b. 1978), one such artist, provides a photographic glimpse into her subjects in their unaltered states. Her subjects utilise familiarity – such as that of places, objects and people – but their depiction represents a pervading uneasiness. Manmade, abandoned landscapes are eerily devoid of human beings, while portraits of seemingly ordinary people capture its subjects turned away with their backs to us, as if hiding something.

Ian Fabro (b. 1993) also encapsulates this feeling of unsettlement and eeriness through his pen and ink drawings and collages. His canvas is chock-full of massacred figures, replete with emaciated bodies, distorted limbs and contorted faces. Fabro’s works suspend the idea of single-subject centrality and instead give precedence to the unfolding of a single horrific event that fuses all forms into one.

A unique archipelago of art

The exhibition strings together a visual narrative told through the works of the 19 artists, who confront and tackle the tumultuous past of the Philippine nation. The viewer is invited to witness the different routes taken by the artists, who are diverse in their practice, but are united within the culture and geography they reside in. According to the exhibition catalogue:

After more than four hundred years of suppression by colonial rule, having experienced political upheavals and natural disasters time and again, and having eventually fostered a culture of diaspora, with millions of Filipinos migrating to different countries every year in the search for a more promising future, the effects of these conditions, however convoluted, are the only indisputable clues in defining Filipino art. The artists in this exhibition provide us with an opportunity to glimpse various parts of the history of this fragmented archipelago.